Available only to LHHP Concierge Members 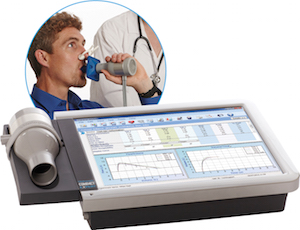 Call (703) 779-2801 or email info@loudounholistic.com today
to schedule your appointment!

LHHP is proud to offer in-house spirometry testing to screen for lung disease as part of the Executive Wellness Examination provided to our members.

According the American Thoracic Society, spirometry is invaluable as a screening test of general respiratory health in the same way that blood pressure provides important information about general cardiovascular health.

The GOLD international COPD guidelines, as well as national guidelines, advise spirometry as the gold standard for accurate and repeatable measurement of lung function. Spirometry is also helpful in making a diagnosis in patients with breathlessness and other respiratory symptoms and for screening in occupational environments.

The development of COPD is slow and insidious and symptoms tend to be noted by patients only after there has been a significant loss of lung function, often to 50-60% of predicted value. People with COPD often present far too late to their doctor because they accept cough or mild breathlessness as a “normal” result of years of smoking or second-hand smoke exposure. 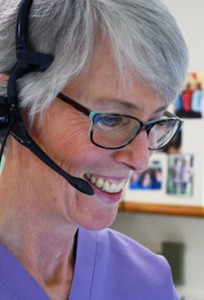